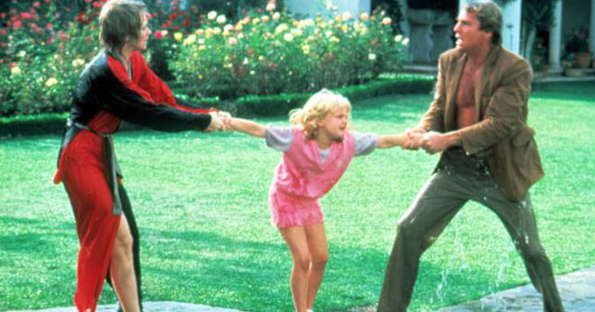 Parenting is one of the hardest things to do with another person. Let alone actually agree on all the ways to raise your children together. So what do you do when you don’t agree on some thing? What things really matter? I was always told that children and money were the leading causes for divorce, but surprisingly, that doesn’t seem to be the case! The divorce rate among couples with children is 40 percent lower than couples without children.  Though, the rate of divorce after kids graduate high school is higher. We have also been told that parents of multiples are more likely to be divorced. But, if you take money out of the equation. it is quite the opposite! 95% of parents of multiples were still together. And 82% actually said they were still happily married.

Some popular topics to consider asking each other while pregnant, or before, or hell, in the throws screaming baby cries.

Now obviously there are many more things that need to be discussed, and much of it will come about as their little lives grow. But honestly, in my sleep deprived state, this is the list I came up with that I will use in examples.

Now firstly, going behind your life partners back is a bad idea, and I don’t condone it. But you simply will not always agree on things. Some times you are going to have to explain, “yes, that works for you, but it isn’t working for me, this is what I would like to do.”  And ultimately, your significant other can not be asking you to do things that they them selves can not do (except birthing and feeding your babies of course). But every one needs to know when to back off.

I am going to throw out a lot of personal experience here. What wasn’t agreed on, and how we worked through that. How it affected the babies. And then, my personal opinions after raising three kids of what can or can not be inconsistent. The biggest thing my husband and I didn’t agree on was sleep training. I loved co-sleeping with my twins. Loved it. It worked well for every one in the house. It meant my husband got a full nights sleep. But about the time farming season slowed down, I was tired, and the babies were at a good age to train. My husband wasn’t having it though, which I didn’t know was going to be an issue, I thought for sure he would be on the cry it out train, but he wasn’t.

The old routine was just let them fall asleep on my boobs and after two hours I would get up and move them.  Since he was against changing it, and we needed to move away from my boobs being the answer. My husband rocked them to sleep every night. The chair we had to do this in, is huge. I can’t touch the floor with my feet, so I sure as hell can’t get out of the damn thing. Once a week he went bowling. So I reverted back to sitting on the couch feeding them for two hours. That only worked until they out grew the ability to sleep on the (hard) couch.

Sleep training thrives on consistency. But I can tell you from personal experience, yes it helps, but it isn’t 100% needed. For months one night a week I would put the twins to bed awake, but it was only one night a week. Now I always did this the same way, because they have to know whats going on.  But they always knew when dad was home, he would rock them.  It took two months of one night a week sleep training for them to cool their jets. And it was 100% needed for my husband to go back to work.

He didn’t like the idea, but he didn’t have to hear it. And so he didn’t care enough to tell me no. He also had an opinion that relied very heavily on me doing a lot more work than him, and we changed what we were doing to make him the bearer of that work load. You can’t ask your significant other to do things that you would not do yourself. It isn’t fair.

Now, I was extremely open about this with him. and every one. His family would ask why we held the babies for two hours during nap time, and my answer, in front of him was always, “because husband doesn’t want to hear them cry, the second he goes back to work I am ending that shit.”

The babies really didn’t seem to suffer in this. They are well adjusted and didn’t cry excessively on any random night during the inconsistent months.  It took three weeks, or three sleep train nights, for them to really understand what was happening. Which is about on par for the normal sleep train schedule. And now when husband is home from the farm (on the hellaciously rare occasion) he holds one baby, and I hold the other. I do MY routine. And if some one is having a rough night, he goes and rocks them.

What things absolutely have to be consistent to each parent? Pacifiers or thumb sucking.  Probably not some thing that can change based on who is in the room. I am super anti pacifier, husband is super anti thumb sucking.  I took the brunt of this one, offering comfort nursing way more than I need to. Hell, even at eleven months when the babies are tired they sign milk for wanting to sleep. Which I am ok with, because a fed baby is going to sleep better.

The organic stuff is some thing you are going to have to hash out. If it is important to you, it isn’t going to make a huge difference if they are eating crap with the other parent. Same with sugary foods. My babies get home made food that is all super basic (and for the record, not organic!). I ask that they not get crap like cheeto puffs and super sweet treats for the mere reason that, I would like them to not fight me on what bland food they are getting from me.

TV and all electronics can easily change based on the parent in the room with the kids. But for the record, the AAP doesn’t recommend it at all for kids under two.

Home school, vs public school. How to toilet train your kids. How to teach them to read. Weather or not you are going to put them in day care. These things have to be agreed upon. I know a surprising number of people who are very anti public school. Most of them are men.  Good men I might add, one of them has come and taught my son on our home schooling journey. But here’s the thing, if you are going to dictate how your child goes to school, learns some thing, or doesn’t learn some thing.  You have to be willing to make those sacrifices, not just dictate how it is done.  And if you can’t make those sacrifices, you have to be able to accept what the other person is doing.

I take this philosophy deeply. I was not happy with my sons schooling, and certain things being taught. But obviously I could not go to school and teach him, nor was I willing to go to the board and complain about certain aspects being taught in his school. So I pulled him out. And he is doing amazing at home with me. He is an amazing help to me and his sisters.

Out side of the cost of day care, these are the reasons I am a stay at home mom. And given all the things I would like to do to enrich my children’s lives, I would not be able to work and do them all. Well… I could, but I might murder every one in the process.